AB 65: "Existing law prohibits the State Energy Resources Conservation and Development Commission from certifying a nuclear fission thermal powerplant, except for specified powerplants, and provides that a nuclear fission thermal powerplant, except those specified powerplants, is not a permitted land use in California, unless certain conditions are met regarding the existence of technology for the construction and operation of nuclear fuel rod processing plants and of demonstrated technology or means for the disposal of high-level nuclear waste, as specified.

"This bill would repeal those provisions."

Firmly on Track Toward an Unlivable World

AP:  "Temperatures on Earth will shoot past a key danger point unless greenhouse gas emissions fall faster than countries have committed, the world’s top body of climate scientists said Monday, warning of the consequences of inaction but also noting hopeful signs of progress.

"U.N. Secretary-General Antonio Guterres said the report by the Intergovernmental Panel on Climate Change revealed 'a litany of broken climate promises' by governments and corporations, accusing them of stoking global warming by clinging to harmful fossil fuels.

“'It is a file of shame, cataloguing the empty pledges that put us firmly on track toward an unlivable world,' he said."

Vaclav Smil: "Four materials rank highest on the scale of necessity, forming what I have called the four pillars of modern civilization: cement, steel, plastics, and ammonia are needed in larger quantities than are other essential inputs.

"And these four materials, so unlike in their properties and qualities, share three common traits: they are not readily replaceable by other materials (certainly not in the near future or on a global scale); we will need much more of them in the future; and their mass-scale production depends heavily on the combustion of fossil fuels, making them major sources of greenhouse gas emissions." BBC: "Grant Shapps visited the Suffolk coast to mark the signing of contracts with French energy firm EDF for £700m of government investment in Sizewell C." 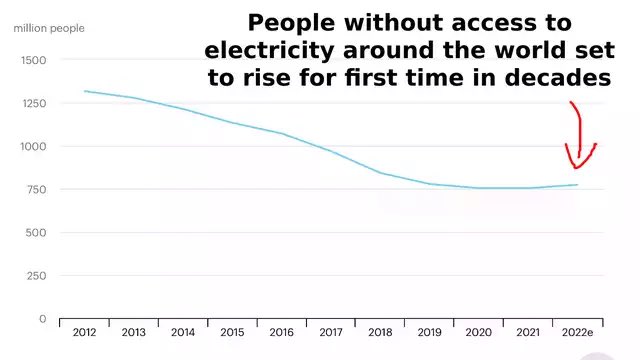 International Energy Agency:  "According to the latest IEA data, the number of people around the world who live without electricity is set to rise by nearly 20 million in 2022, reaching nearly 775 million, the first global increase since the IEA began tracking the numbers 20 years ago. The rise is mostly in sub-Saharan Africa, where the number of people without access is nearly back to its 2013 peak." 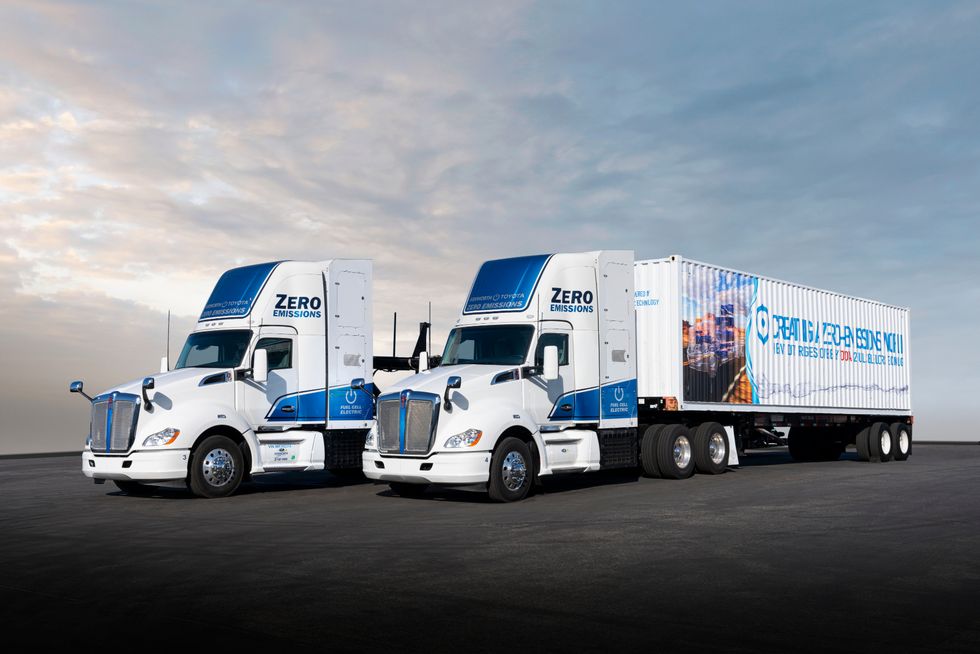 Autoweek: "While the jury is still out on whether hydrogen fuel cells will play a big role in powering future consumer vehicles, it does show some promise in filling the long-range trucking space. That’s the thinking at Toyota, in any case, as the automaker has invested heavily in hydrogen-electric vehicles. This tech is still years away from seeing mass adoption on the roadways, but Toyota is readying its powertrain to see production start next year."

Manhattan Institute: "Over the past decade, there has been an enormous upswing in public and private investment in developing new, smaller types of nuclear reactors. Whether prematurely or not, private investors and public policymakers have concluded that the traditional model of building large (approximately 1,000-MW) reactors is no longer financially viable. A number of startups—along with established companies, including GE-Hitachi (GEH) and Holtec—are designing small reactors that would be built in factories and delivered to power stations mostly complete.  These include Small Modular Reactors (SMRs) that are basically scaled-down versions of today’s large light-water reactors, as well as advanced reactors that typically use exotic methods such as molten salt or high-temperature gas, instead of water, for cooling. These small reactors range in output from megawatts in the single digits to 300 MW. Multiple small reactors can be grouped together on a single site to reach the power output of a large plant."

U.S. DOE:  "A new U.S. Department of Energy (DOE) study finds that hundreds of coal power plant sites across the country could be converted to nuclear power plant sites. This would dramatically increase the supply of firm and dispatchable clean electricity to the grid and deliver huge gains to the nation’s goal of net-zero emissions by 2050.

"According to the report, this coal-to-nuclear (C2N) transition could help increase nuclear capacity in the U.S. to more than 250 gigawatts (GW). The existing fleet currently has a combined capacity of 95 GW and supplies half of the nation’s emissions-free electricity.

Thomas Friedman: "So add all of this up and then suppose, come December, Putin announces he is halting all Russian oil and gas exports for 30 or 60 days to countries supporting Ukraine, rather than submit to the European Union’s fixing of his oil price. He could afford that for a short while. That would be Putin’s energy bomb and Christmas present to the West. In this tight market, oil could go to $200 a barrel, with a commensurate rise in the price of natural gas. We’re talking $10 to $12 a gallon at the pump in the United States.

"The beauty for Putin of an energy bomb is that unlike setting off a nuclear bomb — which would unite the whole world against him — setting off an oil price bomb would divide the West from Ukraine."

NewHydrogen: "NewHydrogen is developing a breakthrough green hydrogen generator that uses renewable energy to produce low-cost green hydrogen. Hydrogen is the cleanest and most abundant fuel in the universe. It is zero-emission and only produces water vapor when used. Unfortunately, hydrogen does not exist in its pure form on Earth so it must be extracted from a source that contains hydrogen. For centuries, scientists have known how to split water into hydrogen and oxygen using a simple and elegant device called an electrolyzer. Unfortunately, an electrolyzer – the primary component of a hydrogen generator – is still very expensive. NewHydrogen is developing breakthrough technologies to enable the next generation of low cost electrolyzers. The Company’s initial focus is on replacing and reducing expensive rare earth materials, to help usher in the green hydrogen economy that Goldman Sachs estimated to have a future market value of $12 trillion."