Bret Stephens: "I still don’t understand how it’s supposed to be an environmental win that we won’t allow Canadian oil to be transported via Keystone, even as the same oil gets transported (much more dangerously) on rail lines to Canada’s coasts. Or that we shouldn’t frack for oil and gas on federal lands, but instead lift sanctions on Venezuela, where there’s no serious environmental regulation to speak of, and ask Saudi Arabia to pump more oil. It’s just incoherent."

David Frum:  "And though ethanol may have some small environmental advantages over gasoline, those arguable benefits are nullified by ethanol’s terrible toll on world food output."

Belgium to Reconsider It's Plan to Curtail Nuclear Power

Reuters:  "Belgium should keep an open mind about extending the life-span of its remaining nuclear power plants, the country's Green energy minister said on Monday, in a shift of position prompted by the conflict in Ukraine." 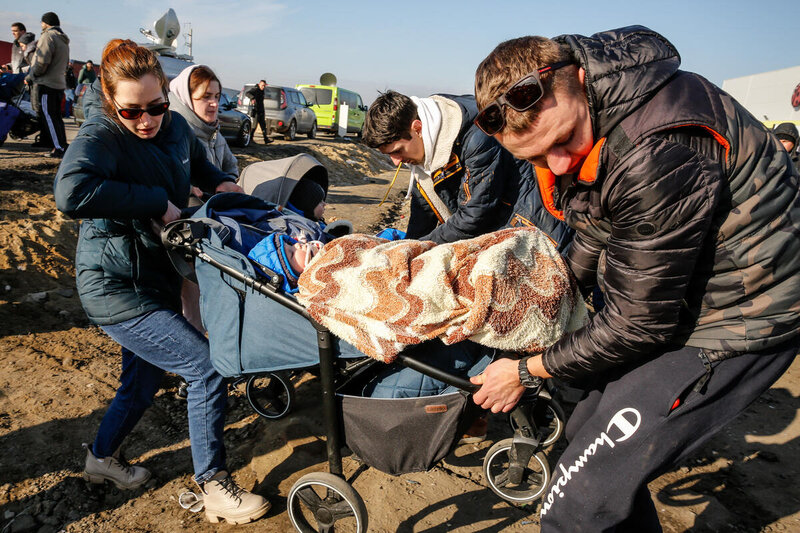 Bloomberg: "The decision by President Vladimir Putin to invade Ukraine, the EU’s eastern neighbor, highlights the bloc’s dependence on gas imports from Russia and has triggered calls from some politicians and companies on banning those purchases. The risk of supply disruptions is set to be discussed by EU energy ministers at an emergency meeting in Brussels later on Monday."

“'Russia’s invasion of Ukraine is a watershed moment for the EU, which will also redesign its energy map,' said Simone Tagliapietra, one of the authors of the report. 'Our key message here is clear: if the EU is forced or willing to bear the cost, it should be doable to replace Russian gas already for next winter without economic activity being devastated.'”

Preparing for the First Winter Without Russian Gas

Zakaria, How to Beat Putin, for Real

Atlantic Council:  "In a worst-case scenario, an ongoing crisis could leave Europe at particular risk for an energy shock next winter, when energy demand is the highest. With global LNG exports near maximum capacity and little ability to increase energy production over the short term, what can be done now to mitigate this risk?

The court's published opinion on CCEC's issues is path-breaking in that it constitutes the first California precedent requiring a local agency to consider transportation demand management among the tools that can effectively address traffic congestion and reduce the impacts of motor vehicle traffic associated with large developments.

The consolidated cases are now pending remand to the Superior Court of Placer County for further proceedings consistent with the appellate decision.

The Guardian:  "Emmanuel Macron has announced a 'renaissance' for the French nuclear industry with a vast programme to build as many as 14 new reactors, arguing that it would help end the country’s reliance on fossil fuels and make France carbon neutral by 2050.

“'What our country needs ... is the rebirth of France’s nuclear industry,' Macron said in a speech in the eastern industrial town of Belfort, in which he lauded the country’s technological prowess."

Bloomberg:  "After the disasters at Chernobyl in 1986 and Fukushima in 2011, turning away from nuclear power seemed prudent. Now it looks like a serious error — and not just because global energy costs happen to be spiking. Over the next several decades, an orderly, affordable and politically sustainable transition to zero-carbon electricity is likely to require a much bigger nuclear component.

"On plausible estimates, nuclear power is roughly as clean and safe as wind or solar — and vastly cleaner and safer than biomass, gas, oil or coal. Like any such technology, it poses challenges, but with a sufficient commitment of effort and resources, these can be overcome. The sooner this is understood, the better the world’s chances of winning the war against climate change.

"The U.S. and especially Europe haven’t just chosen to invest less in building new nuclear plants. They’ve brought forward the retirement of facilities that were actually delivering cheap, carbon-free power. Belatedly, the world has come to understand that efforts to cut greenhouse-gas emissions must be accelerated. But the costs of doing so are becoming clearer, too. If the transition to zero carbon is unduly disruptive or seen as a big threat to living standards, support for the effort could collapse. In this light, retiring nuclear plants ahead of schedule is crazy.

"The immediate consequences of Europe’s flight from nuclear prove the point. Wholesale energy prices have increased by a factor of four since the start of the pandemic, and there might be worse to come. Germany, note, has been leading this retreat. It will shut down the last of its nuclear capacity this year. Aside from the shock of higher costs, Germany’s sudden dependence on gas from Russia has undermined the Western alliance and led the German government to outright appeasement of President Vladimir Putin as he threatens war against Ukraine." 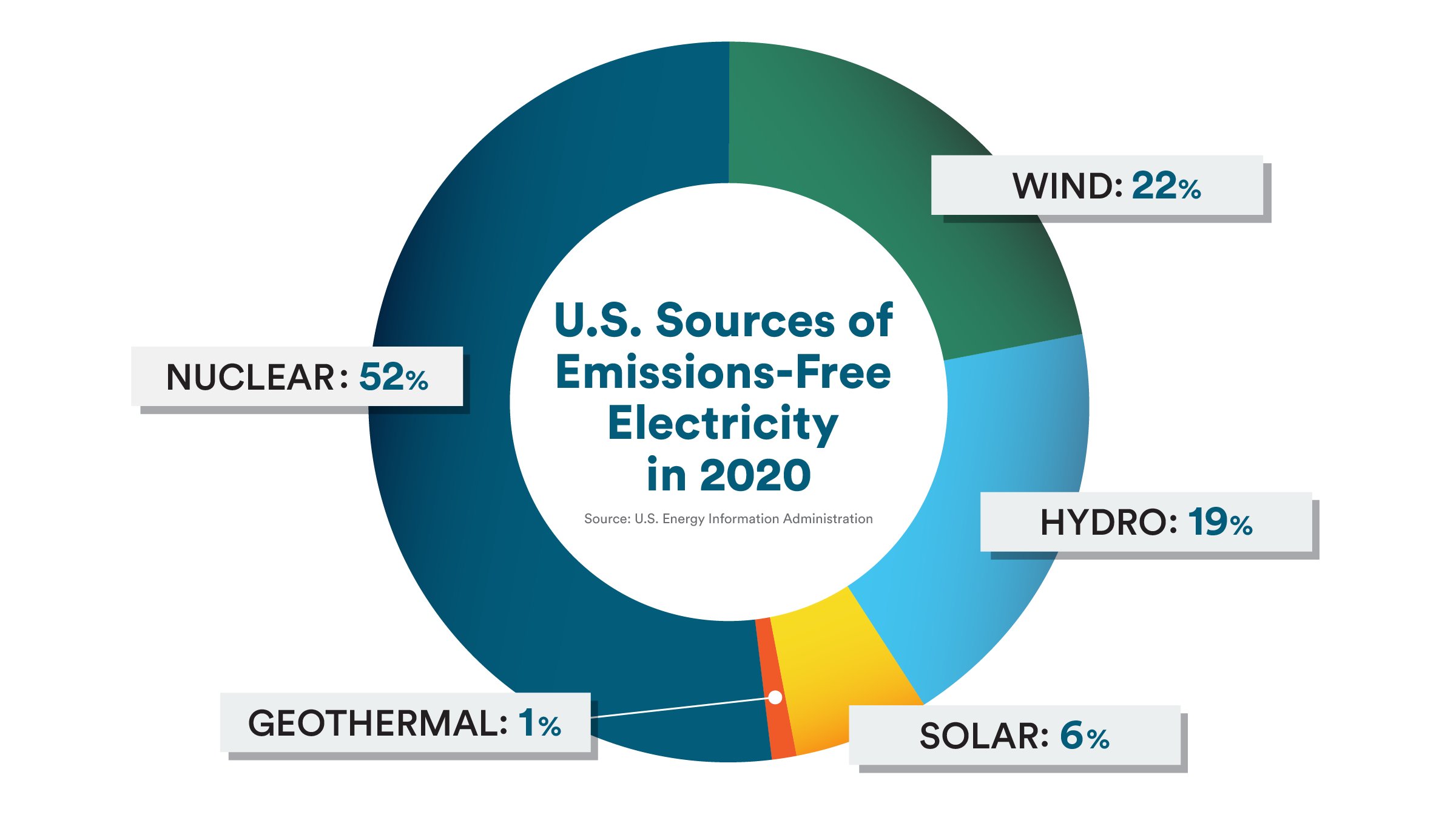 Washington Post:  "Just before midnight on Dec. 31, Germany switched off three more of its nuclear power plants. Once it had 17; now only three are left, and they too will be shut down at the end of the year. Soon Germany will produce no nuclear energy at all. But the activists were wrong to celebrate. Germany’s hasty nuclear retreat is neither safe nor green. It’s a disastrous mistake that will have ramifications well beyond the country’s own borders.

"The Grohnde plant is a perfect example of what Germany is giving up. It was one of the most productive nuclear power plants in the world. It provided enough electricity to cover 15 percent of Lower Saxony’s annual energy needs single-handedly, saving 10 million tons of carbon dioxide emissions a year in the process. The site even made headlines in February 2021 for producing more electricity than any other nuclear power plant in the world. Now it will have to be dismantled at a cost of around 1 billion euros."