"In a recent report from the Geological Survey of Finland, researchers considered the minerals implications for achieving a so-called full transition; that is, using solar and wind to electrify all ground transport as well as to produce hydrogen for both aviation and chemical processes. They found the resulting demand for nearly every necessary mineral, including common ones such as copper, nickel, graphite, and lithium, would exceed not just existing and planned global production capabilities, but also known global reserves of those minerals.

"A recent analysis by the Wood Mackenzie consultancy found that if EVs are to account for two-thirds of all new car purchases by 2030, dozens of new mines must be opened just to meet automotive demands—each mine the size of the world’s biggest in each category today. But 2030 is only eight years away and, as the IEA has reported, opening a new mine takes 16 years on average.

"Despite these and similar analyses, many countries, and many US states, are now proposing to accelerate deployment of solar, wind, and battery technologies without clear plans for overcoming the material shortfalls. One study sponsored by the Dutch government offered a blunt statement of reality: 'Exponential growth in [global] renewable energy production capacity is not possible with present-day technologies and annual metal production.'" 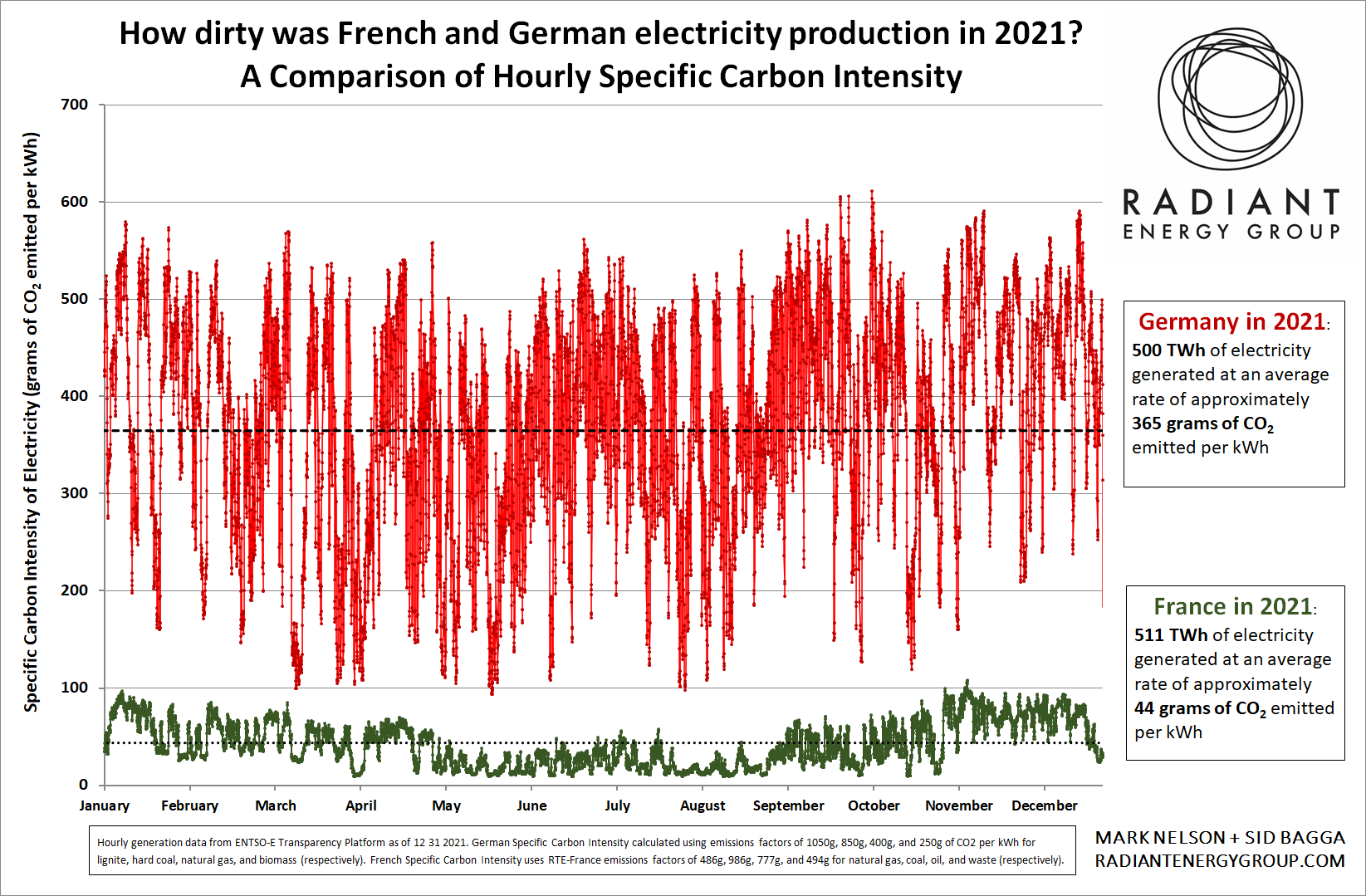 Barron's: "Fossil fuel giant BP revealed Wednesday it was taking a 40.5 percent stake in an Australian energy project being billed as one of the world's largest renewable power stations.

"The project is expected to have a generating capacity of 26 gigawatts, exceeding China's vast Three Gorges hydroelectric dam -- which is by some measures the world's largest existing power station.

"It would also produce 1.6 million tonnes of green hydrogen each year, with plans to export much of this to major Asia-Pacific markets such as Japan and South Korea." 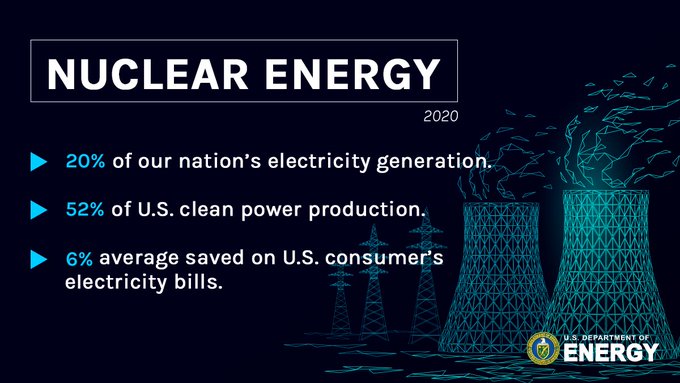 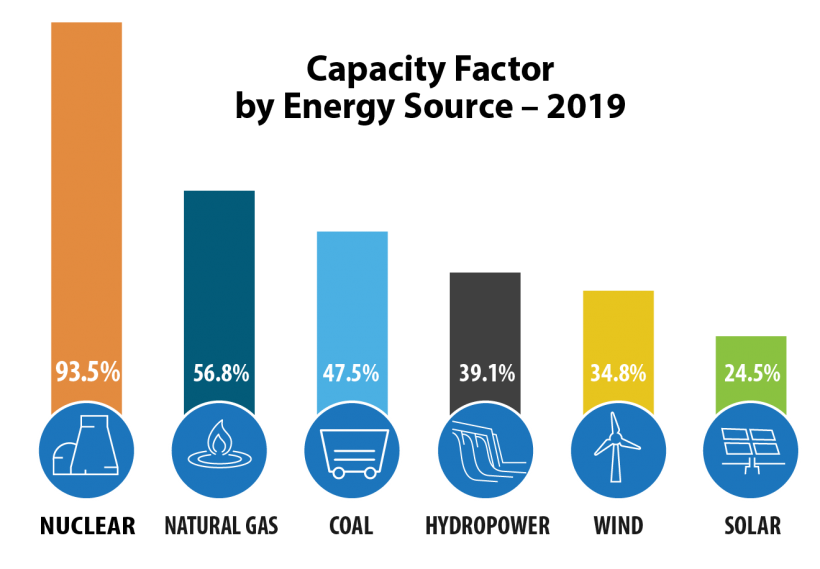 Nucnet:  "The United Arab Emirates’ nuclear regulator has issued the operating licence for the third unit of the four-unit Barakah nuclear power station.

"The Federal Authority for Nuclear Regulation (FANR) said that under the licence, Nawah Energy Company, the subsidiary of Emirates Nuclear Energy Corporation (Enec) responsible for operating the plant, is authorised to operate it for 60 years."

Forbes: "Five years ago, K. Darlene Park, a homeowner and anti-wind activist in Frostburg, Maryland, explained to me why she and so many other rural Americans are fighting the encroachment of large wind and solar projects. 'We feel this renewable energy push is an attack on rural America,' she said.

National Review: "To cope with expanding populations and diminishing rainfall, nations around the world are adopting desalination technology. From Singapore to Tel Aviv, desalination plants have replaced water scarcity with water abundance. But in California, in the middle of one of the most severe droughts in modern history, desalination at any meaningful scale is not an option.

"On May 12, the California Coastal Commission board of directors voted 11–0 to deny the application from Poseidon Water to build a desalination plant in Huntington Beach. Since 1998, Poseidon has spent over $100 million on design and permit work for this plant. At least half of that money was spent on seemingly endless studies and redesigns as the Coastal Commission and other agencies continued to change the requirements. The denial of Poseidon’s application makes it very unlikely another construction contractor will ever attempt to build a large-scale desalination plant on the California coast.

"In Israel, for example, five massive desalination plants on the shores of the Mediterranean Sea produce nearly a half million acre feet of fresh water per year, an amount the nation plans to double by 2030. Israel’s Sorek Desalination Plant, located a few miles south of Tel Aviv, produces 185,000 acre feet of fresh water per year, from a highly automated operation that occupies only about 25 acres. Up to 80 percent of Israel’s municipal water comes from desalination. Thanks to desalination, this nation of 9 million people has achieved water abundance and is exporting its surplus water to Jordan."

JoNova:  "Reality must be depressing for Green-believers. Here they are, after all this revolutionizing, they’ve installed more than a million megawatts of glorious solar and wind totems and it has barely made a dent. The world still stubbornly runs on fossil fuels." 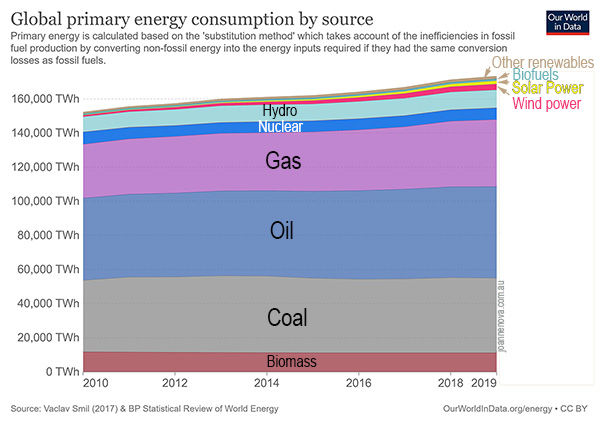