Fortune: "On Thursday in Salt Lake City, the Nikola Motor Company unveiled the Nikola One, the world’s first hydrogen fuel-cell 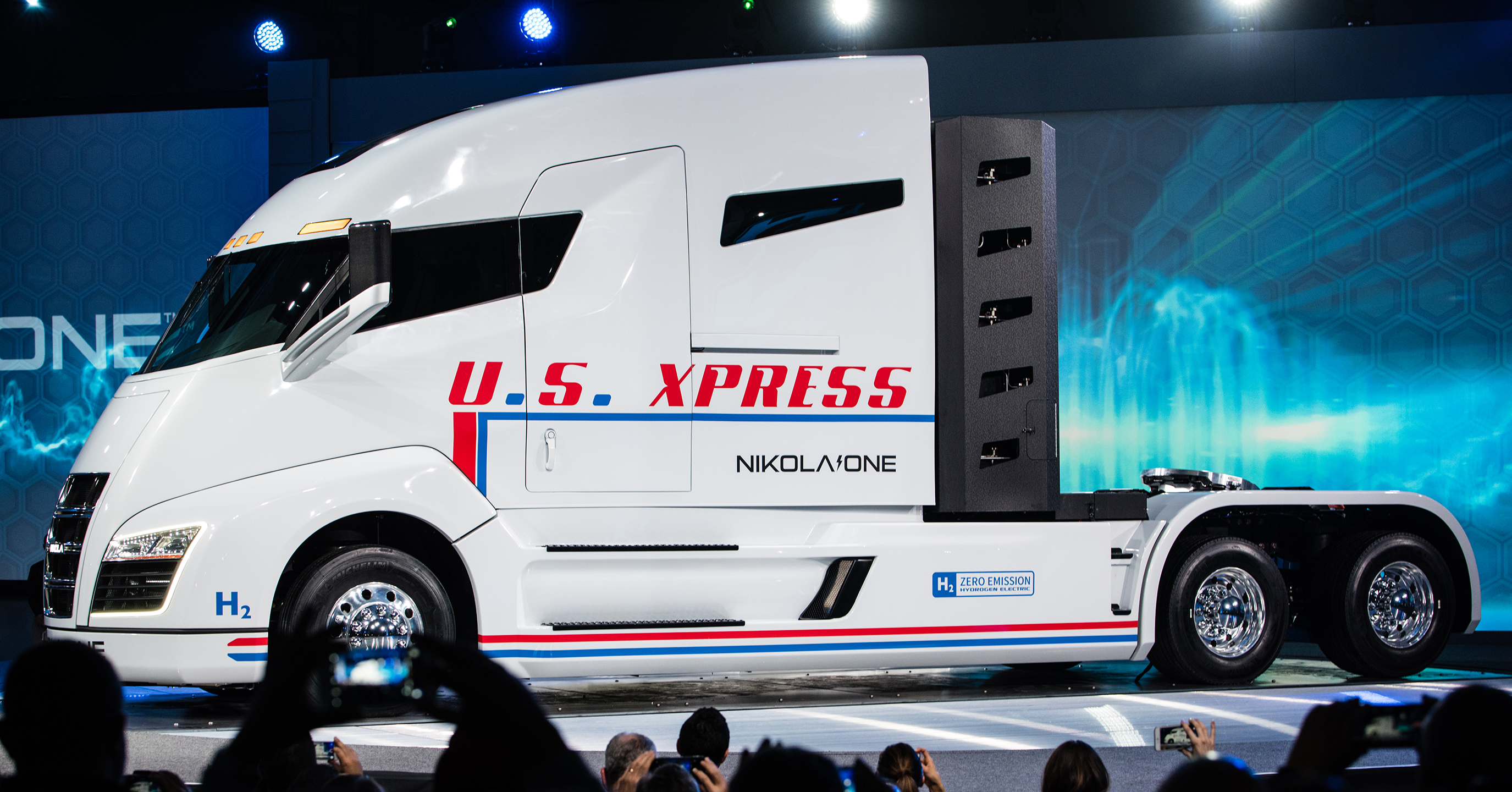 electric freight truck. The full-scale, zero-emission semi will offer a range between 800 and 1200 miles, and produce 1,000 horsepower, about twice that of an average diesel truck. The company also claims it will operate at half the cost of a comparable diesel truck."

"The company will begin delivering vehicles in 2020, partnering with Fitzgerald to build the first 5,000. It will start work on its own production facility next year, and says that after that it will be able to build 50,000 trucks a year."