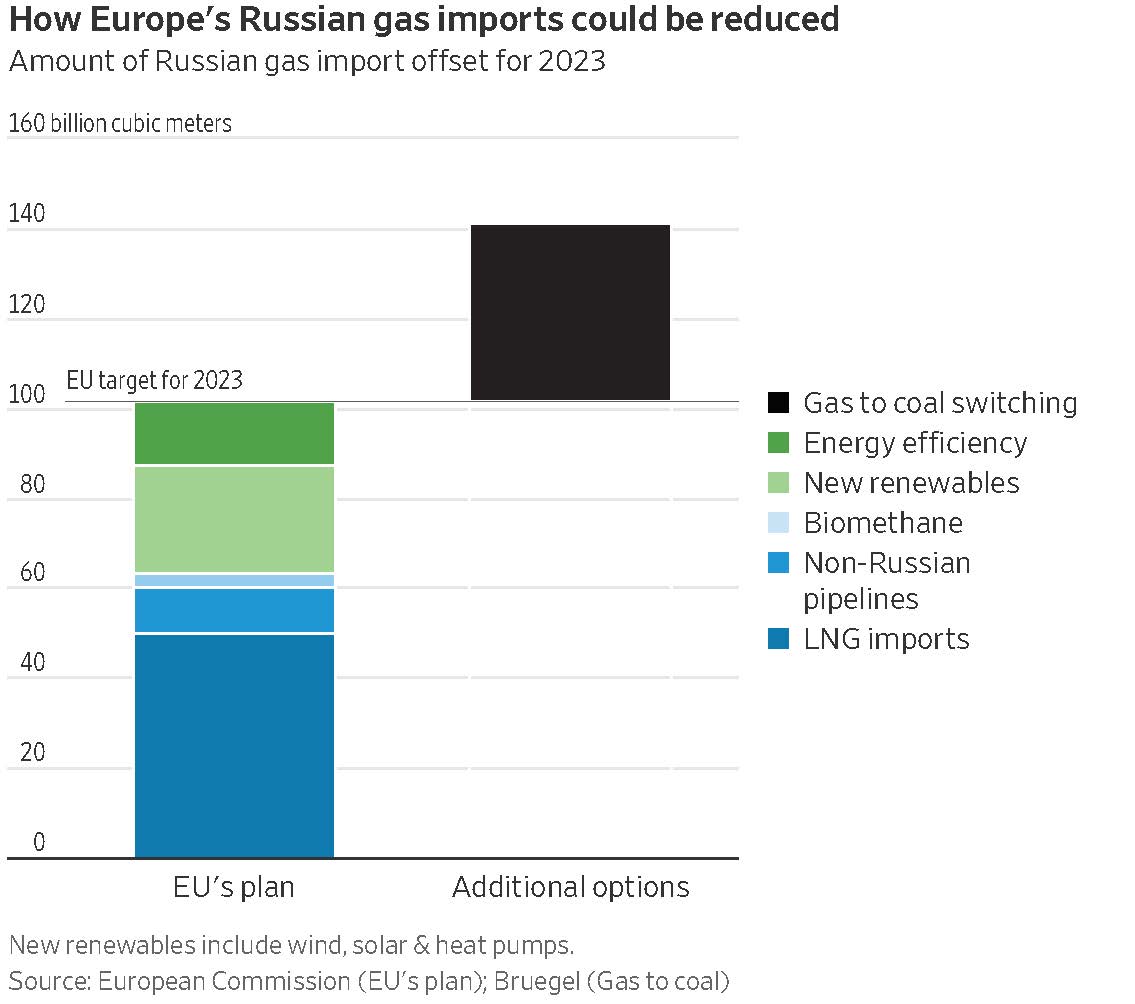 "Europe probably has enough import capacity to make it work, but it will mean the complications and inefficiencies of moving more fuel around the bloc. Spain, France and Italy have multiple LNG terminals but Germany, the bloc’s biggest gas importer, has none as it previously opted to rely on Russian pipelines. It now plans two LNG facilities, but these will take years to build.

"Then there is the question of supply. With Washington’s help, Europe imported a flood of LNG in the first two months of this year, but it will be very expensive to win that much of the limited global spot market indefinitely. Between 40% and 50% of China’s LNG imports in the last two years have been spot volumes, but that fell to only 10% to 20% in January and February, says Sindre Knutsson, an analyst at consulting firm Rystad Energy. China and Europe risk getting into a bidding war as they look to refill inventories.

"Eventually, Europe can lower LNG costs by signing long-term supply contracts for expansion facilities in the U.S. or Qatar. The earliest these could come online is 2024, said Mr. Knutsson.

"The EU also plans to increase the energy efficiency of buildings and homes to save 14 billion cubic meters annually, including 10 billion cubic meters from turning down heat by 1 degree Celsius in buildings. The bloc has a patchy record of hitting efficiency targets, but today’s high energy costs and public goodwill in the war effort against Mr. Putin should help it do more this time."